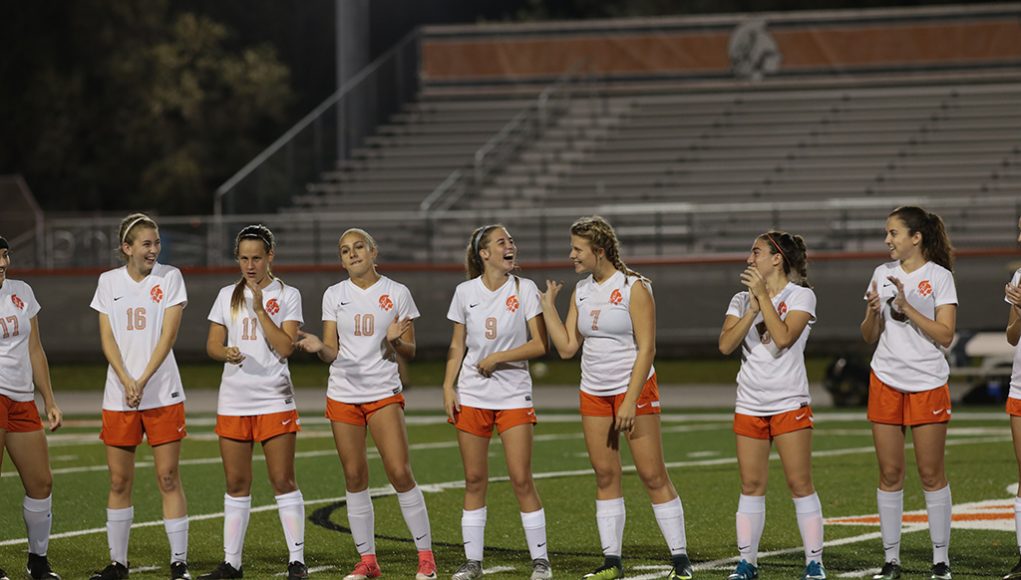 The Lady Braves soccer team (1-0-0) played their first regular season game on Tuesday against the Osceola Kowboys (0-0-1) on the Reservation.

At the start of the game, the Braves’ offense tore up the field. Junior Emily Riggs and senior Catherine Demer worked together to score the first goal of the game. Demer crossed the ball to Riggs and she took a shot, making the score 1-0.

After the girls took a quick water break, they were back in action. Junior Megan Stearns went for the goal, the ball got denied by the post and rolled out of bounds. The Lady Braves again got another chance with one minute left in the half to make a goal when junior Cynthia Bagozzi ran towards the goals, took the shot and the Kowboys goalie saved the ball. At half time, the Lady Braves were leading 1-0.

The girls started the second half with a play by junior Isabella Clem and freshman Heidi Wicks. Clem crossed the ball from the right side of the field towards the goal to Wicks, who then headed the ball into the goal, 2-0.

After the second water break of the game, Demer kicked the ball to Bagozzi hoping for a goal, but the Kowboys goalie, once again, saved it. The Kowboys took their last chance to shoot for a goal, but sophomore Shelby Reardon jumped for the ball and saved it before the ball went in the goal.

In the last few minutes of the game, Demer took a fast break towards the goal. She took a powerful shot, causing the ball to fly to the back of the net, making the final score 3-0.

Their next game is against the Colonial Grenadiers tomorrow at 7:30 p.m. on the Reservation.