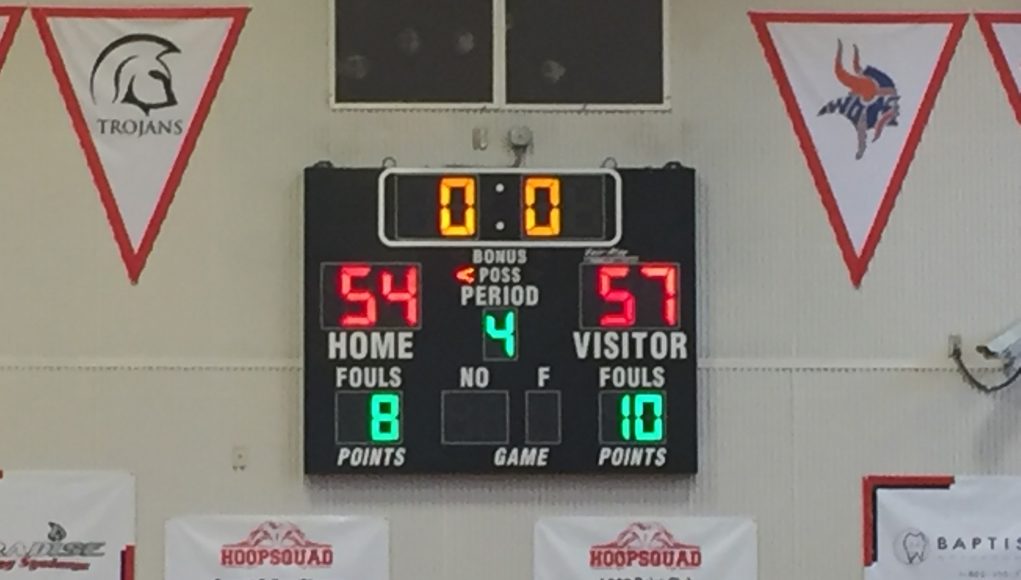 In a game with as much attention and excitement as this one, the boys basketball matchup between the Boone Braves (14-6) and the Edgewater Eagles (12-8) lived up to the expectations.

The first quarter of action went back and forth, with both teams scoring easily and often and the Braves distributed the ball well, with senior Patrik Lubin and sophomore Marlon Allen both scoring on the interior off assists. At the end of the first quarter, however, the team trailed 10-14.

In the second quarter, the Eagles started to pull away scoring open three pointers and building up a considerable lead, as they led the Braves, 22-31, at halftime.

The beginning of the third quarter held more of the same for the heavily-touted Edgewater offense, as they rained down three pointers and long two pointers from all over the court. However, the Braves went on an 8-2 run to end the third quarter, capped off with a buzzer beater three-pointer from senior Zachary Morales. The Braves trailed only 38-44 at the end of the quarter.

Junior Sean Halloran, who directed the Boone offense the entire game, and Morales continued the offensive firepower in the fourth quarter, as three combined three pointers amongst them brought the game to a tie at 52-52.

A layup from Lubin gave Boone their first lead of the second half and senior Justin Butler made another two pointer on the fast break putting the team up by two. With less than a minute remaining, Halloran took an intentional foul and made one of his two free throws to increase the lead to three.

The Boone defense took over from there, keeping the Eagles from forcing overtime, and the Braves walked off the court with a 57-54 win over their rivals.

Key offensive performances came from Halloran with 21 points and four assists. Morales contributed 12 points as well, making 4 of 5 three pointers. Allen played some great defense inside the paint as well, making a key block late in the game.

Cosme out and support the boys basketball team as they take on the Freedom Patriots on Monday, Jan. 23 at 7:30 p.m.